Same as it ever was

From the pages of America's paper of record and via W.C. Varones:

Republican insurgents from the far right did well in Tuesday’s primaries. What their campaigns lack in logic, compassion and sensible policy seems to be counterbalanced by a fiercely committed voter base that is nowhere to be seen on the Democratic side.

The "insurgents" of 2010 are simply the "temper tantrum"-throwing two-year olds of 1994 according to the state-run media.

In November of 1994, right after Republicans took control of Congress for the first time since the 1950s, Peter Jennings went on ABC radio and delivered a commentary that tells you everything you need to know about elite, liberal journalism.

“Some thoughts on those angry voters,” Jennings began. “Ask parents of any two-year-old and they can tell you about those temper tantrums: the stomping feet, the rolling eyes, the screaming. It’s clear that the anger controls the child and not the other way around. It’s the job of the parent to teach the child to control the anger and channel it in a positive way. Imagine a nation full of uncontrolled two-year-old rage. The voters had a temper tantrum last week. …Parenting and governing don’t have to be dirty words: the nation can’t be run by an angry two-year-old.”

"The others" of the ruling class don't appreciate disobedience. 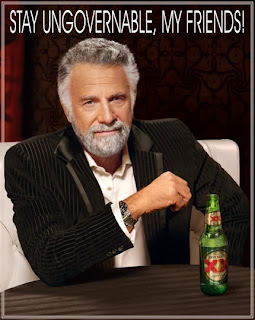 Perhaps some children get upset because their parents are not acting as such?

I love the analogy...whining parents never win next to a head strong two-year-old. I should know.