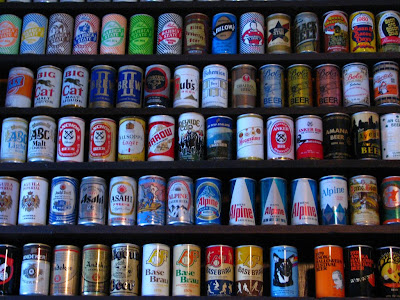 To the barricades, people!


Maybe because it's a slow news cycle in the dog days of August but once again we see a confluence between liberty and our ability to purchase and consume booze on our terms here in California.

With little public notice, distributors of alcoholic beverages are pressing for a federal law that would allow states to block interstate sales of wine and beer to their residents — a result that could limit consumer choices, raise prices and hurt hundreds of small vintners and micro brewers.

A bill pending in the House would put the authority to regulate alcohol more squarely in the hands of the states and would require those challenging the regulations to prove the rules violate federal law or the Constitution.

And it would supersede a number of recent court rulings that have struck down limits on interstate sales of alcoholic beverages.

“It’s the cumulative effect of all these lawsuits, and the confusion,” said Paul Pisano, a vice president at the National Beer Wholesalers Association, which proposed the legislation in the spring and backs a lobbying campaign. “We’re asking to make sure that states aren’t having their hands tied when they’re trying to defend their alcohol laws.”

Critics countered that the distributors’ real motive was to restrict competition.

Internet and direct-mail sales have become essential to the growth of smaller winemakers and micro brewers in the last decade.

South Coast Winery in Temecula, Calif., for instance, sells almost 30 percent of its wine through a 10,000-member wine club and ships to customers in about 20 states, owner Jim Carter said.

“It’s very important for small wineries, especially, to be able to have these wine clubs because it’s our best vehicle for dealing direct with the public,” Carter said. “We sell more wine through our wine club than we sell in the wholesale market.”

Through consolidation in recent years, many markets are controlled by only a handful of high-volume distributors, and they have little incentive, critics contend, to carry wines and beers that are available only in small quantities.

That last paragraph is key, because whatever alleged mess of conflicting state and federal laws this bill would supposedly clarify, the end result of this bill would represent a constriction of small vintners and microbreweries' ability to compete in the open market.

San Diego is dominated by essentially 4 distributors: Crest, Budweiser, Stone and Wine Warehouse and the article is quite correct in its contention they have no interest in pushing small volumes. Stone does what they can for the little guys but they have their own beer to get to the thirsty masses, as well.

This bill will have a devastating effect on local microbreweries who ultimately depend on a literal out-of-the-back-of-the-van distributorship.

And in case you were wondering how the free market is effected by all this, check this out:

Jerry Ellig, a research fellow at the Mercatus Center at George Mason University, studied wine prices in the years before and after Virginia enacted a law in 2003 to allow direct shipping to residents. The study, published in 2007, found that the law had prodded retail stores to become more competitive with online sellers.

Wait. Is Ellig suggesting that increased competition from increasing the avenues by which a product is brought to market... lowers the prices of those products?

Opponents of the bill also claim that the bill would be the proverbial camel's nose under the tent and would prove to be the conduit to even more regulatory meddling in the liquor industry.

Of course, proponents of the bill go the "it's for the children route" (which, by the way, is an automatic disqualifier in our book) by claiming the tightening up on the ways that booze can be sold will cut down on underage drinking.

Right. Because the last time some under aged scrub hit us up for beer, it was to buy a couple of 22 oz. bombers of Green Flash's 30th Street.

Just another assault on our collective ability to enjoy perfectly legal adult activities.

H/T: Got an assist on a couple of points in this article from Michael Craig of Hoffer's in La Mesa.