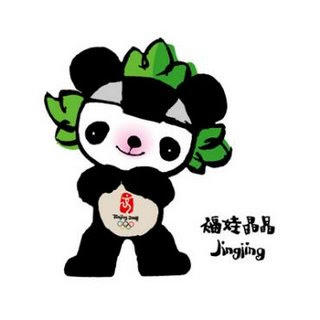 (One in an occasional series provided during the run-up to the ’08 Summer Games in Beijing, China. Archived posts in this series can be accessed by entering “Olympics” in the blog search box above).

Its official….. What was once bubbling under the surface on human rights groups websites is now out in the open and is being spoken as a viable course of action. French President Nicolas Sarkozy has been the highest profile figure to date to make public mention of a “boycott” of the Beijing Games.

There have been two major boycotts of the Games: in 1980 the U.S. boycotted the Moscow Games in protest of the Soviet Union invading Afghanistan the previous year and in ’84, the Soviet Union and most of the Eastern Bloc returned the favor by sitting out the L.A. Games. Ironically, the rest of the world responded with the largest collective shrug in recorded history as those Games turned out to be the Olympics that saved the Olympics after successively, the financial disaster of the ’76 Montreal Games and those ’80 Moscow Games that nobody watched.

In what was probably the only major decision Carter made that we agreed with, Carter’s decision to have the U.S. sit out the Games was the right thing to do. As the leader of the free world it would have been unthinkable, in our minds, to send our athletes over to Moscow to play happy-face with our Cold War adversary in the wake of their naked act of aggression.

But athletes shouldn’t be made pawns in a political game? Please. When NBC and the newspapers stop running countries’ medal counts we’ll stop believing that the Olympic Games have always been, in large part, a contest of what country’s socio-political system produces the best 4x100 relay team.

So, where do we stand with respect to boycotting these Games? We’re leaning towards going and not boycotting the Games. Article here from the U-T lays out a good case for sending our athletes precisely because of the awareness and thus pressure that can be exerted on the Chi-comms particularly in the wake of this recent crackdown in Tibet. If we don’t go, then we aren’t watching and if we aren’t watching then the Tibetans, Buddhists, Christians, Falun-gongers and all the other dissidents and good ol’ fashioned agitators are denied their world-wide stage.

And how will NBC will cover these “Human Rights Olympics”? Will they seize this opportunity to expose what has been going on over there for years or will they play the servile guests and just mouth the Chi-comm party line? Were not certain but we will just say this: thank g#d, the Cuddly One is a religiously-neutral Buddhist instead of a Roman Catholic or Southern Baptist.

About boycotting the Olympic Games, i’m not sure it will do any good…On the contrary it will upset the Chinese People who will only understand what the Party will tell to understand…
We’d better go as the OG are a great means to directly communicate with the Chinese People without the communist filter.
There are some athletes who have decided to wear a green ribbon as a sign of protest. I think it’s a great initiative that the whole world will see( including Chinese citizens) and that the Party will have difficulty to explain…

Tom, I generally concur. There is more potential good to come of this if we represent as opposed to sitting it out. Thanks for stopping by.

Really wish my HS teacher had covered the Nazi olympics with more depth....

Nazi Olympics for our era.