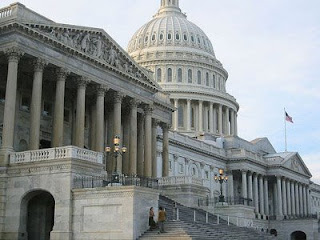 In a disappointing development in the case of Lt. Col. Jefferey Chessani, the military judge presiding has denied the opportunity to obtain testimony from Rep. John Murtha (D-PA).

The case involving Chessani is merely the latest in the military’s efforts to hang someone… anyone… involved with the Haditha, Iraq incident of Nov. 19, 2005 which have largely been unsuccessful in getting the most serious of charges to stick.

Chessani, by all accounts an exemplary Marine, is being charged with failing to investigate and properly report the incident to his superiors.

Murtha’s involvement in all this was to pre-judge the Marines involved while an investigation into the incident was still on-going, claiming there was no firefight and that the Marines had killed innocent civilians in “cold blood”. He also charged that the officers had “covered it up”. Murtha said he received this scoop from the highest level of Marine command.

So here we have the chairman of the House Appropriations Defense Subcommittee spilling (alleged) inside information regarding an ongoing investigation in a very public fashion. It would seem to us that because of his standing in an entity that provides Congressional oversight for the armed services, his mere utterances could rightly point to a conflict of interest and because of the media attention they received, might make it difficult for Chessani to get a fair shake in his trial. Unfortunately, the judge doesn’t see it that way.

The defense, led by the Thomas More Law Center intends on appealing this ruling.

Look, we want the truth to come out. If there was a cover-up and Chessani was responsible for it, then he needs to be punished. However, Murtha’s comments were reckless and irresponsible. And since he’s made no bones about the fact that he’s against the war, we will apply Murtha's very own standard of justice and just assume his comments were politically motivated.

Kind of makes you wonder what is really being covered up.

A good Frontline program on the Haditha incident. You can watch on-line...