"Google-ing It" is so old school 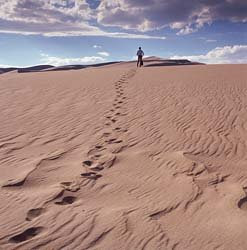 Story here in yesterday’s fish wrap documents the increasing use and dependence (?) of drivers upon GPS devices that are now standard features in many new cars today. Though we own a hand-held device, we only recall having to use it once to bail us out of trouble in off-road territory in the eastern Mojave. And speaking of trouble, that’s precisely what drivers who use GPS as a primary navigation device find themselves in as street names change, businesses close or relocate and the technology therein does not refresh real-time.

Besides all that, we’re pretty convinced that the use of the in-car GPS as primary navigation device is a clear violation of Man Law… those esteemed principals that provide the foundation for this planet’s malesmanship.

So, we’re throwing this out there: is dependence on one’s in-car GPS as your primary navigation (ahead of looking at a map, googling, or…. yes, asking for directions) a violation of Man Law?

Dean,
Sadly enough I have learned the hard way that my GPS is just plain wrong about directions most of the time. Ironically, even though its voice is female, it never admits it is wrong or asks for help, supposedly male traits. I also have had the bad experience of having restaurants changing names, although we found a nice little place in Cambria by accident that way.
To answer your question, I disagree, it is never un-manly to tinker with new technology. To quote that most manly of men, you just have to remember that (queue gravelly voice) "a man's got to know his limitations." That goes for knowing the limits of a man's technology as well.

Dirty Harry aside... I think there is a broad line between "tinkering" and "dependence" on technology, especially when this particular technology tends to, imo, "dumb down" our naturally inquisitive and exploratory traits.

As three EX-special ops paratroopers of the FO trade came together for a reunion at the ‘Dawg’s house, the subject of GPS technology came on board as relating to our MOS. Although we all agreed it was beneficial to our trade, we were saddened knowing a skill may be being left by the wayside.

My father and brothers who grew up with me knowing I would get lost traveling around the block have no idea the obstacles that were overcome by my FO experience.

Having these guys around telling tales, without my Pop or civilian brothers being around was like a hole in one without a witness.

The reunion was replete with tales of missions at zero-dark-thirty whereby the FO had parachuted into areas where our position was found by a back azmuth from artillery indirect fire flares.

Or the ever present comment by the Grunt LT asking the question, “ hey FO, where do YOU have our location?, ok, me too”

Although our comrades in the present day Army have GPS and laser technology, I’m sure they are still taught the basics. Now, with laser technology , the FO is one of the most important assets on the battlefield. And although we all had a chuckle about what pussies these guys are, to have GPS, we know they are performing the job at hand.

(FO’s are actually designated “Fire Support Specialists”
This oft-overlooked position is considered one of the most dangerous and challenging positions on the battlefield for a variety of reasons He is also able to work silently for long periods of time, as some missions may range from a few hours to several weeks, long. He can operate with minimal support located both on or behind the enemy lines.

This generally creates and environment that requires the FO to fend for themselves and get equipment, supplies, and other necessities wherever they can.

Their skills in reconnaissance must be met with similarly high intelligence and ability to think quickly in situations of extreme stress. Their missions are always critical as mental errors under stress can bring the massive firepower and ordinance they control down on friendly forces as well as enemy. FIST team members are especially self-reliant and independent. Forward Observers, due to their intelligence, adaptability, and broad range of combat skills are often superb candidates for many special operations units and training. FOs are also considered to be 'crazy' and 'eccentric' by their peers, due to their dangerous mission profiles and their usually innate strong sense of independence, dislike for rigid authority and protocol, and general proclivity towards sarcasm, grim humor, and general disregard for rules such as those concerning uniforms, saluting, etc., which many FOs do not believe apply to them in the field. This famous streak of rebelliousness and their high esprit de corps make them a coveted, versatile and dangerous asset to many commanders' arsenals, since FIST and COLT teams will often take on mission profiles normally shunned by most regular units.) Wikipedia

Thank you for indulging me!

'Dawg, was that a recruiting pitch? Had me all fired-up.

I'm glad you chimed in. Don't get me wrong... I will never say "to hell with technology", but one can't deny that aspects of technology dull some of our more basic human (and male) instincts and traits.

I was there in the day when we had to find our ass and put steel on the target with a map, compass and binoculars with a retical (rectal) pattern for adjustments. No laser range finders, no GPS.

Triangulate your position with a back azimuth from prominent terrain features or artillery flares.

Of course we have become more efficient with GPS and LTD's. But we still need to teach the basics. Technology fails, the LDT's and the LRF's take a bullet,malfuntion or run out of batteries on LRRP, you better know how to bring steel to the target without it, cause you are transmitting a signal.

OOOOh RAHHHH!
(by the way, I'm the pussy, no one was shooting at me in my day)