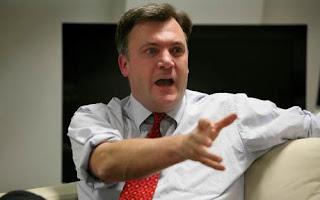 Ed Balls, the Children's and Schools Secretary, said the downturn was likely to be the most serious for 100 years, and his comments appeared to raise the prospect of a return to the Far Right politics of the 1930s and the rise of Facism.

His warning, in a speech to activists at the weekend, came after a trade union baron warned that far right parties were trying to hijack the campaign for "British jobs for British workers".

We’ll grant Mr. Balls some latitude with respect to political definitions as “protectionism” has not been the exclusive domain of right-wing politics over here and certainly not that of the supply-siding of recent right-wing ilk but more importantly his statements are illustative of the political leverage that is/will be sought in this current recession.