Peeling back the layers of the Onion Pt. II (UPDATED) 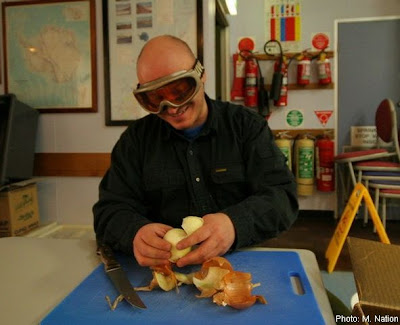 "Never let a serious crisis go to waste. What I mean by that is it's an opportunity to do things you couldn't do before."

That from White House Chief of Staff, Rahm Emmanuel. With respect to the stimulus package, when one starts analyzing upon what is being spent and when it is going to be spent, one starts to grasp the real loaded meaning behind that quote.

According to a report by the Congressional Budget Office, less than half of the $355 billion that House leaders want to allocate to infrastructure and other so-called discretionary programs would be spent by Oct. 1, 2010, the rest would come long after the CBO and other economists predict the recession will have ended (…and more specifically only $4 Bil of the $30 Bil of highway spending would occur over the next 2 years).

However, according to the New York Federal Reserve, an entity that has correctly predicted the last 7 recessions, this current recession will be over by the middle of this year.

Just a month ago, even, the mythical Office of the President Elect was putting out with and without stimulus unemployment numbers that suggested that even without the stimulus plan the unemployment rate will have peaked in the 3rd quarter of 2010 before embarking on a carny roller coaster-like descent… the same exact moment in time that we will begin spending the balance of the aforementioned infrastructure and discretionary spending.

At the very moment the invisible hand should be allocating labor and resources towards profit-making, job-creating ventures, those labor and resources will instead be on lock down building more and more roads and bridges (hasn’t the Green mantra always been something along the lines of “building more roads only leads to more cars on the highway”?) and installing new insulation in houses in Phoenix and water savers in Seattle.

So, what gives? Well, given what’s been discussed above and Rahmbo’s quote, it’s pretty apparent that this proposed massive growth of the federal government isn’t merely a means to any sort of economic stimulus but the end-game, itself. How else would one reason this? As the WSJ describes it: "This is a political wonder that manages to spend money on just about every pent-up Democratic proposal of the last 40 years."

We’ll be watching closely how things progress in the Senate, where, so far, the Republicans appear united in opposing this. We’ll watch closely to see the mood, tenor and language used by the Democrats. For years, the Democrats have accused the Republicans of “creating a climate of fear” with respect to the war on terror in order to garner votes.

It is our opinion that a “stimulus” plan this massive in both breadth and depth, and one whose price tag (principal: $825Bil + interest: $347 Bil = 1.172 T) is greater than the country of India’s economy (1.171 T) and which will represent a government within the government, could only curry favor by its proponents fostering a climate of fear, themselves.

UPDATE #1: So, just how does the President intend on paying for all this? Well, outside of continuing to nominate people for cabinet positions that owe hundereds of thousands of dollars in back taxes, by starting a trade war of course.

What will happen when foreign newspapers start reporting that their governments are invested in American Treasuries that are helping to feed protectionist spending sprees? If you were, say, Japanese, wouldn't you be unhappy with this? Wouldn't you want your government to stop the outflow of yen into the US? Why support a country that is preventing you from doing business with them?

Squirreled away deep inside the stimulus plan is a “Buy America” clause which will bar federal funding of any public project ““unless all of the iron and steel used is produced in the United States”.

The very mechanism by which Herbert Hoover worsened the Great Depression with signing into law the Buy America Act is being repeated by this Administration. KT has been all over this here, here and here.

None of this matters when you are in first place in the MWC.

How 'bout some sporting love, BwD!! This is the Aztec version of Halley's Comet!!