"Freedom" is in the eye of the beholder 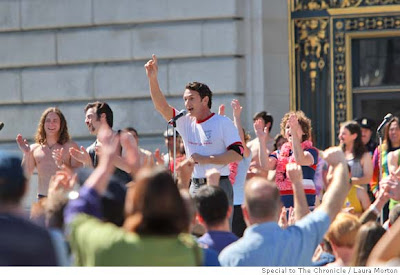 Having said that, I'm a proud American and infinitely aware that if I were a Cuban citizen and were to write an article such as this about the Cuban leadership, I could be jailed. Furthermore, I'm proud that the system set up by our founding fathers, while not exactly intact today, was never dependent on just one great leader per epoch. These things remain in question for the romantic heroes of Cuba and Venezuela. I consider mentioning this, and perhaps should have, but I've got something else on my mind.

So concludes the money paragraph towards the end of an article in The Nation from Sean Penn from this past November. An article for which we wasted 20 minutes of our life which we will never get back as after 4 days of kissing Hugo Chavez’s and Raul Castro’s asses he finally gets around to asking really the only question that matters with respect to free vs. authoritarian/totalitarian societies but doesn’t because …. he has something else on his mind?

Then again, what would one expect from a man who has fashioned himself as a spokesperson for gay rights but is either ignorant of history or willfully dismissive as it doesn’t quite fit the narrative of his current mission?

Here's the history Penn ignores, courtesy of journalist James Kirchick: “Not long after the Cuban revolution, Fidel Castro ordered the internment of gay people in prison labor camps, where they were murdered or worked to death for their 'counterrevolutionary tendencies.' Over the gate of one of these camps were the words 'Work Will Make Men Out of You,' an eerie homage to the welcome sign at Auschwitz instructing Jews on their way to the gas chambers that 'Work Will Make You Free.' ...

“Raul Castro was notorious for ordering the summary execution of ... people whose only crime was their homosexuality.”

We suppose that for people like Sean Penn, “freedom” is just a matter of context.

Anon, thanks for those links! I've been looking everywhere for them!

OK, on to Sean Penn.

Look, Dean, this whole reality and history thing is just a major buzzkill. Enough, dude. How much Oaxacan ditch weed do you need to toke before you get with the times? All that stuff happened long ago and by now, I'm sure that Fidel and Raoul and the rest are really tight with the gays.