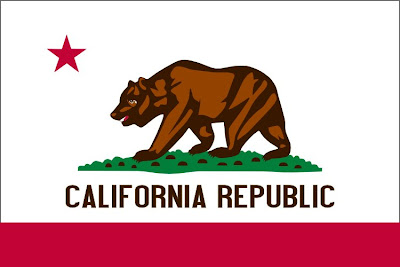 We often, in San Diego, think of pension scandals as being associated with the city. But, as longtime readers know, I think the county's pension enhancements and subsequent scramble is the most under-appreciated fiscal atrocity to have occurred in the last decade in local government.

The San Diego County’s pension fund has lost $2.5 Billion in this latest market downturn but it could have been largely avoided had not the county board of supervisors decided to increase their own and their workers’ pension benefits by 50 percent back in '02.

At the time, the spin was that this increase in benefits would retain and recruit quality employees but the moment this benefits increase became law, what do you think happened? Yep, experienced county workers flooded the county with retirement notices leaving the county on the hook to start paying out those increased bennies immediately as well as being saddled with the additional burden of paying salaries to new hires. Nice job, Supes.
.
.

In other news today, the state of California, currently in debt to the tune of $42 Billion remains locked in a stalemate in Sacramento as the Democrats in alliance with Republican governor, Arnold Schwarzenegger, are attempting to pass a budget that includes just what any taxpayer living out the reality of a recession wants to hear, $14.4 billion in tax increases.

The fact that the state of California, the 7th largest economy in the world and which possesses an abundance of resources both natural and human finds itself in this mess remains baffling and is testament to the prevailing notion among many living here that simply refusing to accept another $14.4 Billion in taxes in a state that already has the highest income, sales and gas taxes in the nation is somehow “selfish” or “short-sighted”.

What more does one need to know about politics in California that even the President, who has been criticized in these very pages for his Neo-New Deal crypto-Socialist economic policies, has enough God-given common sense to throw a middle class tax cut into porkulus just to soothe the savage Jarvis in us.

More here from the L.A. Times and the lone Republican Senator who holds the keys to this whole deal and his rather odd demands in exchange for his vote including the sacking of th GOP Senate leader for his complicity with the Governor in this travesty... in the story, not one of his demands.

H/T: Special thanks to Mongo who turned us on to Voice of San Diego, (story link at top of page) which at first read would seem to be a very nice alternative to the San Diego Union-Tribune and which appears to be committed to focusing on San Diego politics and finances. Oh, we've also rolled it on our "From the Source" section in the right hand margin.