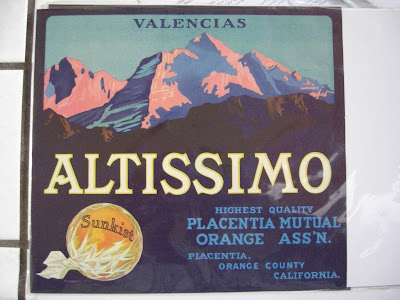 We’re getting ready for Tequila Club later this afternoon. Good news/bad news: featured Tequila is Herradura. A very good brand but its Reposado is already the house tequila here at BwD Headquarters. We won’t be sampling anything we haven’t had before. Oh well – we’ll suffer for our art, anyway.

A New Year’s resolution yet to be fully resolved is to do more book-reading. Our internet and newspaper reading for material upon which to blog and research for the same has cut into sitting down for an hour every day to read from a book and which has also cut into the mental exercise of reflecting upon and thinking through concepts presented in long-form narratives that are absent in shorter articles and blog entries.

As such, we’ve been thoroughly enjoying a book loaned to us by Mongo, Southern California: An Island on the Land by Carey McWilliams which presents a cultural history of the region from roughly 1920 through the end of WW II. We will be sharing bits and pieces of the book over the next few weeks. It’s a fascinating read about a fascinating region of this country.

And speaking of reading, we were thumbing through a collection of columns from the late, great Pulitzer prize-winning sports columnist, Jim Murray, last night. It is not an exaggeration to say we learned how to read in the 1st and 2nd grades by slugging our way through Murray’s prose in the L.A. Times twice a week. Anyway, he did a column back in 1962 on the Boston Celtic’s legendary point guard, Bob Cousy. Only seeing black and white footage of Cousy, his manic and frantic dribbling style combined with our general disdain for school while growing up made the following Murray line priceless:

"He led the fast break like the lead kid out the door on the last day of school."

Were not quite sure we’ve ever run across more wonderful imagery than that.


As we put together our resume’ for getting some airtime once the Fairness Doctrine is re-imposed, one of the line items to bona fide our liberal chops is that we are against this notion of faith-based initiatives… both of the Bush variety and now of the Obama variety (yet another Bush administration hold-over that is flying under the radar a bit).

Declaring that “there is a force for good greater than government,” President Barack Obama yesterday established a White House office of faith-based initiatives with a broader mission than the one overseen by his Republican predecessor.

We’re relieved the President has come to this conclusion, it’s just that we don’t think we will actually see this belief in practice.

To lead the office, Obama appointed Joshua DuBois, 26, a Pentecostal minister who headed religious outreach for Obama's Senate office and his presidential campaign.
“The big picture is that President Obama believes faith-based and smaller, secular neighborhood organizations can play a role in American renewal. They can work with the federal government to address big problems,” DuBois said in an interview with The Associated Press. “We're also going to make sure we have a keener eye toward the separation of church and state.”

Exit question: How exactly does one have a keener eye towards separation of church and state when one will be funding to even a larger degree than FBI v. 1.0, religious charities and organizations?

Hope everyone is having a great day and staying dry.

Our experience with the Red Cross bureaucracy would probably not be much different from dealing with the government bureaucracy. About ten years, our church wanted to offer our church gym as an emergency shelter location. The gym would have been perfect; the large gym floor for cots, adjacent rest rooms with showers and a large kitchen. We had a meeting with the Red Cross and got the official word on Separation of Church and State and other bureaucratic regs. Our thoughts were “We are a church and these people would be guests on our property. We don’t take the cross down.” Obviously, the gym did not become a shelter.
Our Karina experience was no better. We have group called Friends Disaster Service. We have equipment trailer and crew of folks ready to go, many being experienced construct types. We tried to work with the Red Cross to no avail. The concept of working with a semi-independent organized unit was outside their bureaucratic thinking and something that they would not consider. We would have to volunteer as individuals and assigned by them. If one of our group lived across the line in LA county, he would be assigned to an LA unit. Our own equipment trailer was also alien to their thinking. Several people from our church but not in the FDS group took the Red Cross training but were never called.
Our solution was to find a town that was hard hit but far enough from coast that heavy equipment was not needed. We contacted the pastor there and asked what was needed. He said to come with all the chain saws that we could find. The FDS group was there quickly and spent about 5 days clearing fallen trees. We made a least 6 more trips on subsequent aid projects and formed a strong bond with Wiggins MS with no bureaucratic assistance. When the tornado hit Greenberg KS, we didn’t bother connecting the Red Cross or FEMA, we just went. Dad